This Is How Much Plastic The Average Person Eats Every Week!

According to a report commissioned by WWF and experts from the University of Newcastle (Australia) and published lately, the average person can swallow up to 5 grams of plastic per week, the weight of a credit card.

According to the results of 50 studies on the absorption of plastics by humans, each man swallows about 2000 microparticles per week, or about 250 grams per year. Previous studies have shown that people absorb and inhale a cloud of plastic particles every year. However, the challenge for Australian researchers was to determine their weight. 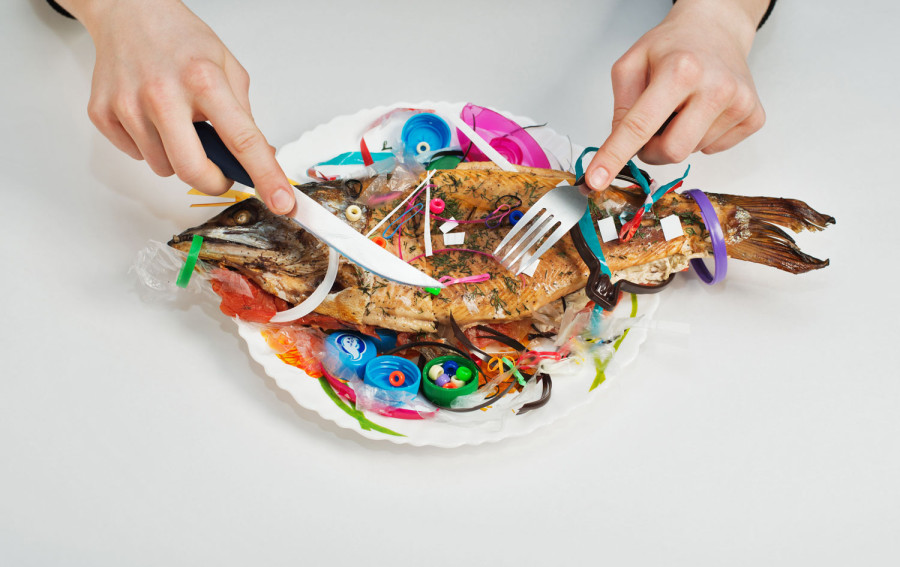 “As awareness of the existence of microplastics and their impact on the environment increases, this study is the first to provide an accurate calculation of admission rates,” said Dr. Thava Palanisami, a professor at the University of Newcastle. This “will help identify possible toxicological risks to humans”. The main source of this plastic is water, especially when it is bottled. Seafood, beer and salt represent the highest proportion of consumer goods examined.

According to a Canadian study on the lifestyle of the average American, an adult ingests up to 52,000 microparticles of plastic per year, to which 90,000 are added if he drinks only bottled water. Taking into account air pollution and therefore inhalation, this number increases to 121,000. These estimates vary individually according to lifestyle and place of residence, said this study which was published in the journal Environmental Science and Technology.

For WWF, “it’s a red flag for governments: plastics not only pollute our rivers and oceans, they not only kill marine life, they are in all of us,” said Marco Lambertini, chief executive of WWF International, in a press release.  “As research examines the potential negative impact of plastic on human health, it is clear that this is a global problem that can only be solved if we fight the roots of pollution: if we don’t want to plastic in our body, we have to stop the millions of tons of plastic that end up in the wild every year”. He called for action “at the level of governments, business, consumers” and “a global treaty” against marine pollution with national targets.

Micro-plastics, coming from the degradation of products as diverse as synthetic clothing, tires, contact lenses …, are now found everywhere on the planet, on the highest glaciers as in sea faults.